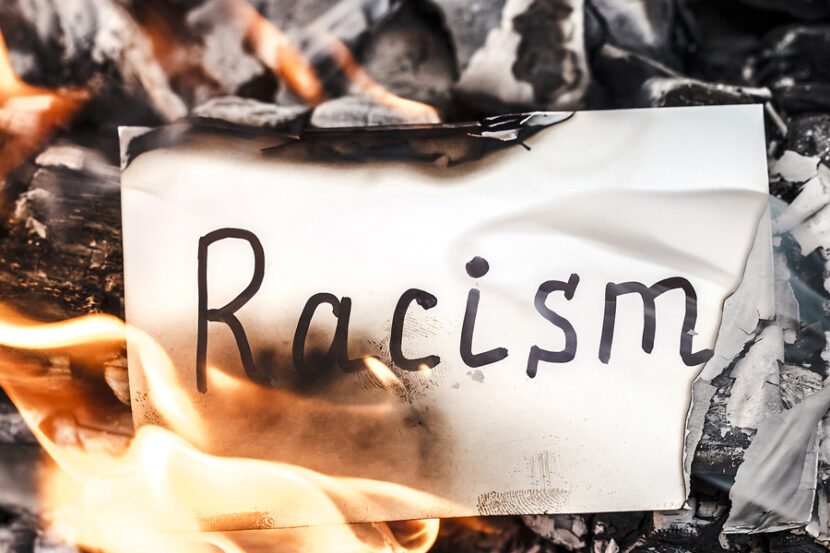 This Doorbell Is a Protest Anthem

Don’t the windchimes sound like
shattering windows?
This fireplace is
a car ablaze in the street,
every wall hanging, a picket sign.
The carpet is still wet from
hoses and blood,
K-9 slobber and tear gas, incense, condensation.
You ask them,
When did this stop being your home?
But
was it ever yours?

I am “of color,” as they say, not Black.
I don’t know what it means to be Black today.
I do know my friends’ fears shouldn’t be
laid in caskets
with their brothers and sisters.
Brothers and sisters who marched
through the hallways and cities they built.

I know that weak knees make it hard to stand up when
we’ve had the comfort of sitting.

I know we lay our heads in shelters that stand
a million reparation cheques tall,
Slavery sweat pours forth from our taps.

I know
you have been left standing at the gate
for far, far too long.
Go, my friends.
Go give them something
that they can’t ignore.

Fareh Malik is an emerging spoken word poet and BIPOC writer whose work explores the intersection of mental health and social racialization. He has been published in several anthologies and literary journals. This piece will be included in Fareh’s forthcoming book, Streams That Lead Somewhere. 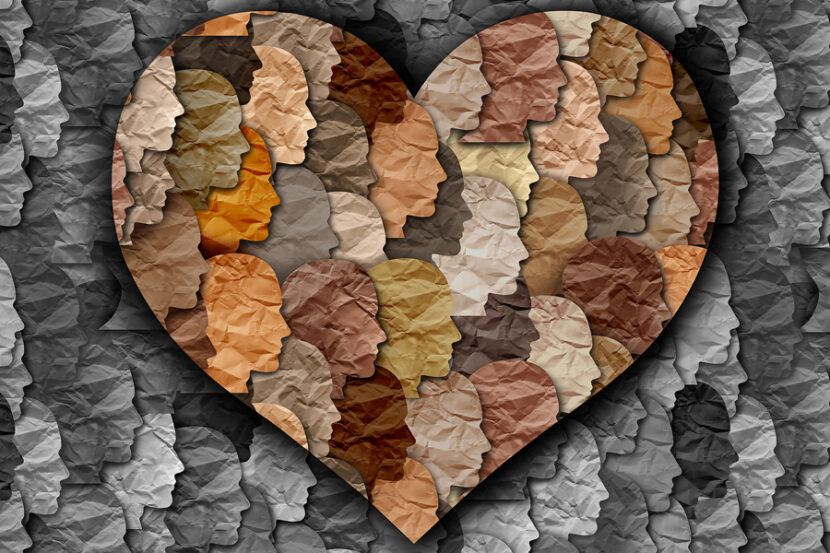 What Comes Up When You Think About Breonna Taylor?

Black and brown bodies hunted down.

A book that changed my life:
War Against All Puerto Ricans
the King of the Towels
tortured
in an island prison called La Princesa.

I wrote about her
life taken
her story withheld.

Heavy heart
How did this happen?

We know how it happened.

This collaborative poem was created by six Bay Path MFA students in response to a creative prompt given by student Jasmin Rivas.

Erin Binney is a Sagittarius, an INFJ, a 1 on the Enneagram, and a firm believer that people are complex beings who shouldn’t be put into boxes. She writes about family history.

Jennifer Laurenza is a practicing psychotherapist who writes for self-preservation and creative expression. She specializes in LGBTQ mental health, and is an advocate for the LGBTQ community and other marginalized populations.

Aprell May is completing her final year in the MFA in Creative Nonfiction at Bay Path University. She is interning at the Springfield Library and Museums in collaboration with a collector to reimagine the Native American Hall and to manifest a living community exhibit.

Jasmin Rivas is an after-school program administrator, yoga instructor, and poet in the community she grew up in. She is a social justice warrior whose intention is to write stories that help people heal.

Amy Stonestrom writes about family, religion, and politics. Her work has appeared in Brevity, Storm Cellar Quarterly, Barnstorm Journal, Superstition Review, and others. You can find her at amystonestrom.com.

Erin Sadler is a licensed psychologist who specializes in working with people who have been diagnosed with cancer. She writes to forge connections that inspire, heal, and unite people. 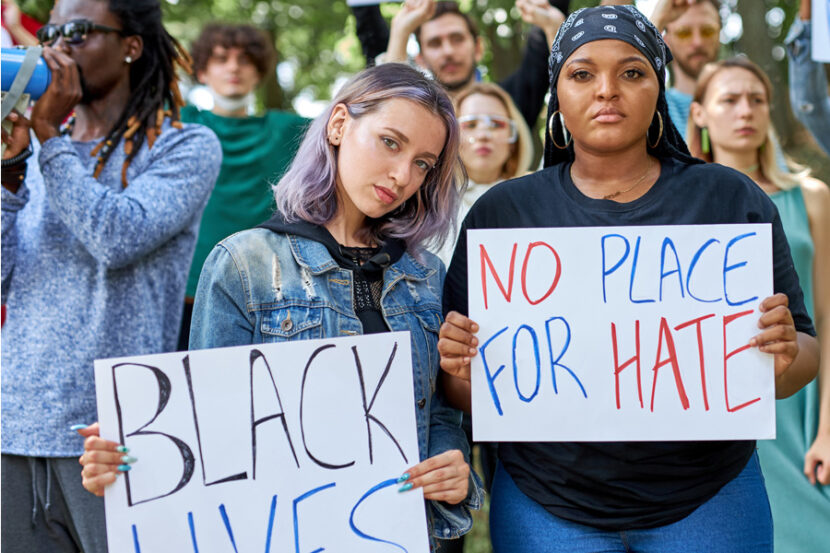 I Stand with You

Growing up, I never imagined I would have to post #BLM to help fight for my Black friends. As an 18-year-old member of Generation Z, I didn’t think that in my lifetime, we would still be fighting for equal rights. I haven’t participated in a protest. I still live with my mom and she doesn’t want me going, although she supports the movement. But as much as I can, I’ve been sharing photos, links, and messages of support on social media. I try to talk about Black Lives Matter as much as possible in classes and with friends and family. I vote.

When George Floyd was killed by police in Minneapolis, my heart broke for the Black community. I felt ashamed to know that they felt unsafe around white people, especially around police, who should make us feel safe. I’m even more ashamed that so many of these officers keep getting away with murder. When I think about my Black friends getting pulled over, it scares me. I worry about their safety, about them getting yelled at, about being thrown out of their car simply because they’re Black. Seeing police on video hurting innocent people shines a light on the injustice going on under our noses. Real change needs to happen very soon. It needs to happen now.

Sometimes I want to scream about it. The pain Black people feel is real. The hurt they are expressing is real. The fear in their body is real. How dare people say BLM is for publicity, as if Black people choose to be killed. Police are “blue” 40 hours a week; Black people are targets 24/7, 365 days a year. My Black friends carry fear around like it’s normal. But it’s not normal to fear for your life when getting pulled over. When the men in blue kneel on the necks of innocent men you love—Black fathers, husbands, brothers, sons—in the street while their actions are recorded. They kneel on your rights. Shoot up your houses while you’re sleeping. Throw tear gas into your peaceful protests.

Do all cops act this way? No. But the ones that do get away with it.

I’m not Black, but I stand with you.

Hayley Fife is an 18-year-old college student at Bay Path University majoring in forensic psychology. She has always had an interest in writing—and in social justice. She fully supports the BLM movement because “all lives don’t matter until Black lives do, too.” 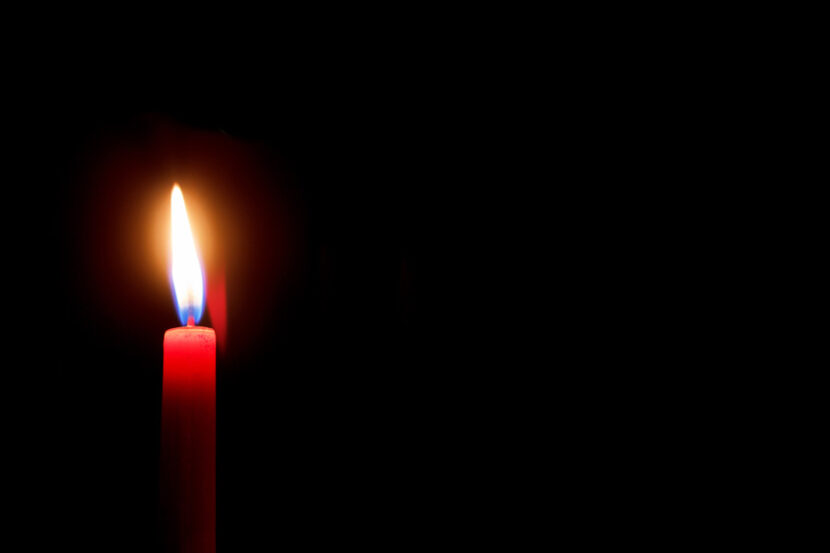 Under a nine-foot bronze statue of Mahatma Gandhi at the

When he cried out for his mama as his

beckoned. He was our

son. In silent vigil we stood at the

pictures of his face no longer gracing our earth.

We held him in our

Black person who has lost their

Victims of Violence stone and spoke

words to the universe of the

vigil for a senseless loss, once again.

Cindy Stewart works with adults with special needs at The Life Experience School. She is the mother of three amazing adult children and a student in the MFA in Creative Nonfiction program at Bay Path University. Cindy lives and writes on a small farm outside Boston. 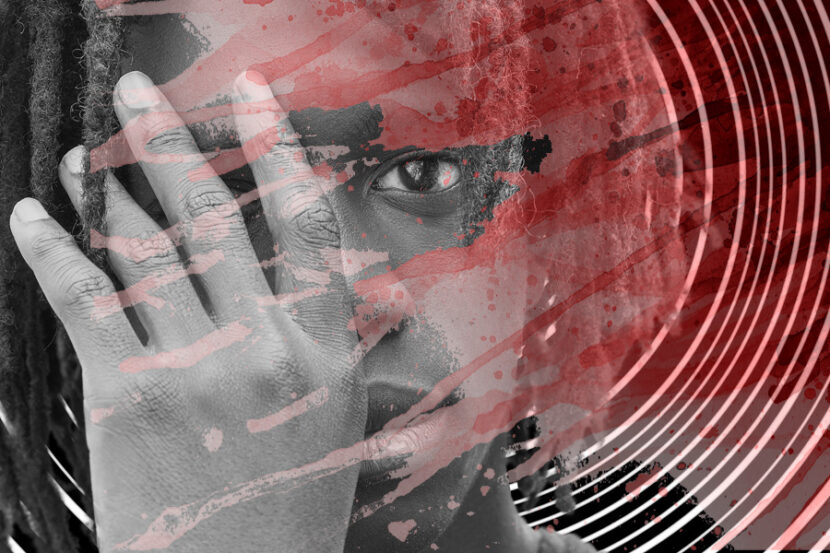 Cop’s knee on his neck,
phones bore witness while he pleaded,
but we stood back,
obeying the badge.
Believing the pledge.

The next day,
unyielding, unmovable rage.
We overflowed streets with fury
and fire,
a pageant of soot and angst,
a sacrifice of torched cars and golden buildings
to cleanse the shame.
Glittering posts, photos of unintended violence,
unquenchable wrath.

Then, washing lines blossom,
a unison of face masks and angry t-shirts
whispering in the wind, quiet.

Kamil Czyz was born and raised in Olsztyn, Poland and now lives and writes in Gdańsk. His poetry has been published in Coffin Bell Journal, with forthcoming work to appear in Chitro Magazine and The Dead Mule.