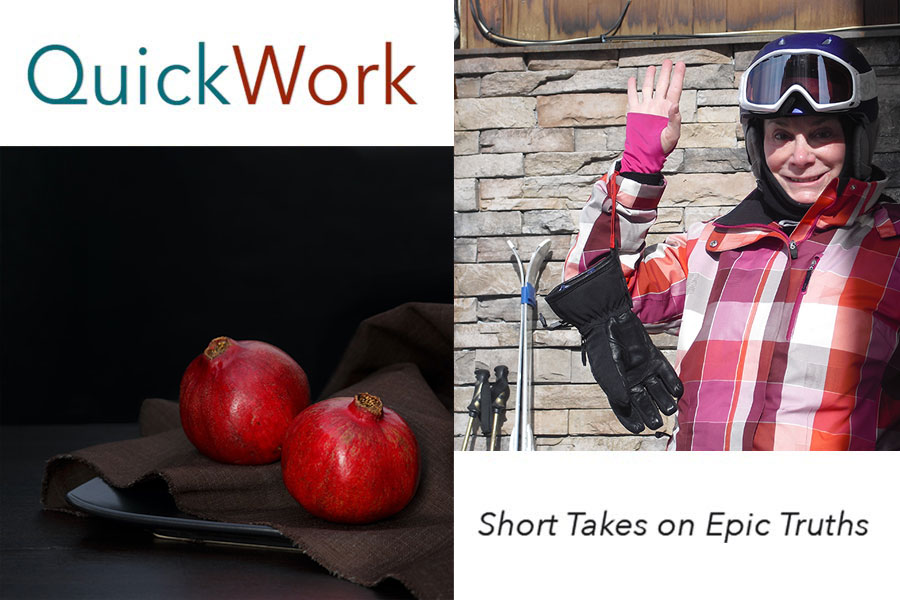 The Existential Wisdom of Border Collies

A veteran winter swimmer, Cathy, suited up, dives in with her Border Collie, Rossi.

Rossi, his black and white coat soaked through, remembers previous masters who didn’t appreciate his exuberant energy, who tried to beat the happiness out of his hardy body.

I’ve chosen not to invest in a wet suit as, frankly, they look ridiculous. My extremities feel like they are going to fall off, and not just my hands.

Rossi, healed by Cathy and the waves, knows that none of us are here for very long, and we might as well die by extremity as by anything else.

Photo by C Perret on Unsplash

I sling my skis over my right shoulder, the non-arthritic one. They’re girlie skis with green and yellow polka dots, the edges sharp to carve turns through hard-packed snow and ice, the bottoms freshly waxed to glide through soft snow and powder. My bindings are calibrated to release if I take a major tumble. A neoprene brace anchors my funky left knee. I’m no expert or daredevil, but I have taken risks. Will I today? I feel the flutter that proceeds my first run of the morning. I’m sixty-six, but I like to think I haven’t peaked yet.

Photo courtesy of the author

Among bobbing black chadors and bearded men in the Khomeini Airport, I hear Mamani’s  “Maria-jan!” She rushes, embraces me, her daughter-in-law.
*
Later, Mamani and her daughters laugh as I reach toward salamanders skittering up cement walls. Palm huge pomegranates. Fumble with the chador slipping from my head like rain.
*
I was 28, and months before my trip, Mamani lost the man she loved. Her only living son had named Mamani’s brother the executor of the world she was not allowed to claim.
*
At supper, when I praised her cooking, Mamani asked me: What else do I have?

Photo by Cath Smith on Unsplash

Jones Irwin describes himself as a postmodern existentialist, a dash of noir mixed in with a progressivist ethic. He teaches Philosophy and Education in Dublin, Republic of Ireland, and writes across the genres of philosophy, fiction and poetry. 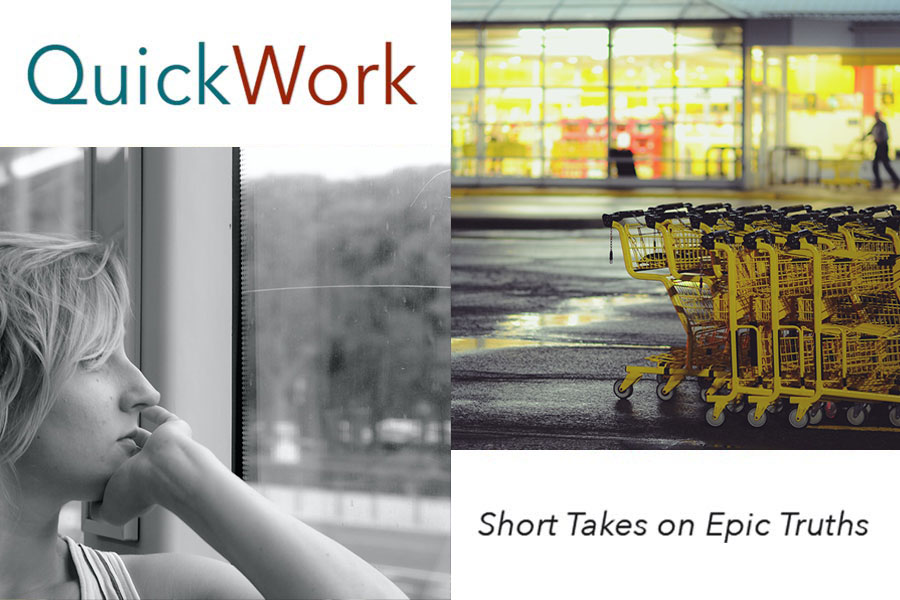 Every age a different state.
I write to you today from Utah.
Last night, as evening fell
they put me on the train.
That sullen gulley of the day,
old crickets starting up in earnest,
swelter of late summer’s day
no match for sudden, not unwelcome,
wind, and then, a different darkness.
By sun-up, here arrived at one
more age, new state, new bird,
a different governor, some brand
new state motto I will need to learn;
very likely something about freedom,
probably in Latin.

Rising to the handle, my feet planted on the bottom bar. Elbows extending outward as wings. A way is made down the row between the cars. Pushing the cart as a scooter, greater speeds are achieved. Flying, though still on the ground. In the night, by the lights of the store parking lot. The child inside says, Enjoy! I do.

A way is made through it all, flying together, the child and the adult, redefining freedom, and living in the night.

Photo by Clark Young on Unsplash

Linda McCullough Moore is a poet and the author of story collections, a novel, an essay collection, and more than 350 shorter works. Her many awards include the Pushcart Prize. www.lindamcculloughmoore.com

Matthew Berg is a renaissance man: husband, father, working writer, and follower of Jesus. Originally from the Midwest, he is now living in the South.