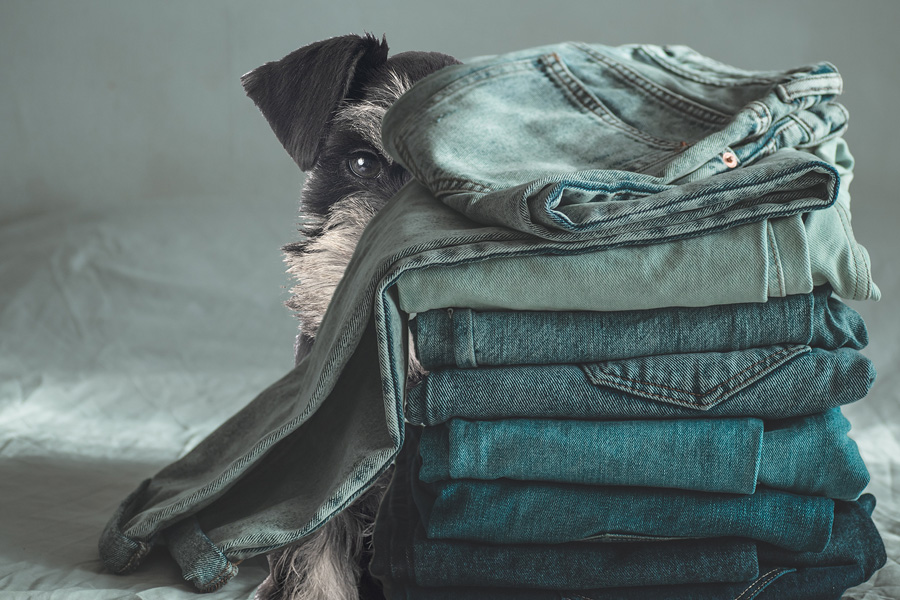 Eight pairs of jeans became a source of mental agony for me when I moved from Colorado Springs to South Carolina in 2016. I got fixated on the idea that I needed to fit into a certain size, and I obsessed about it, especially once I could no longer fit into my four pairs of expensive Lucky Brand™ jeans.

The first year I lived in South Carolina, all eight pairs fit, but by my second and third year there, the jeans began making their way from the velvet hangers on the low rack—where I keep all the clothes I wear most often—to the top shelf of my closet. I put the Lucky jeans in one pile and the remaining jeans in a second pile. Every time I was in the closet and looked up, I’d sigh with exasperation. I blamed the problem on the stress of living in the South. My husband and I moved here to be closer to my mom, to make up for all the years we lived far away from her—but I never liked heat and humidity.

By our fourth year in South Carolina, all eight pairs were neatly folded and both piles were stacked together up high in the top shelf of the closet. Every so often, I’d take them down and wonder if I should try them on.

“Should I hang onto them?” I’d ask my husband. I always followed that question with a second one: “Do you think I’ll ever fit in these jeans again?”

My husband would always shake his head and say, “I’m not answering. It’s suicide for a husband to talk about his wife’s weight.”

I admit I got hung up on a few pounds, but I’m four feet and ten inches tall. Three to five pounds might not seem like much, but on a petite woman like me it feels uncomfortable.

It took me the full four years to get somewhat comfortable living in the South. Then, two months ago, I received a phone call on a Sunday morning that my mom had passed away in a tragic car accident. I never got to see her body. I didn’t get to say goodbye.

Sadly, that’s what it took for me to stop obsessing about my precious jean collection. I tried them on one more time, but nothing had changed. I still couldn’t zip them up. This time, though, I  threw all those jeans into a black trash bag. The next day, I tossed the bag into the trunk of my car, determined to donate them as quickly as possible.

I gave all eight pairs of jeans to the thrift store of the Palmetto Animal League, a local animal shelter. Bringing them there filled me with overwhelming gratitude. Helping out animals in need by giving up something so material helped me see that, in the grand scheme of things and in my life, those jean were irrelevant.

In the end, I realized the emotional growth fits me far better than the jeans ever would have.

About the Writer:
Maria Smith is an aspiring writer and artist who spent 16 years serving as an officer in the Air Force Reserve, where she achieved the rank of Major. After being honorably discharged due to illness in 2010, she enrolled in the University of the Rockies in Colorado Springs, CO, completing her doctorate in psychology in March 2014. She earned her MFA from Bay Path University’s Creative Nonfiction Writing program in July 2019. Maria is originally from western Massachusetts; she currently lives in Bluffton, South Carolina with her husband, Terry.