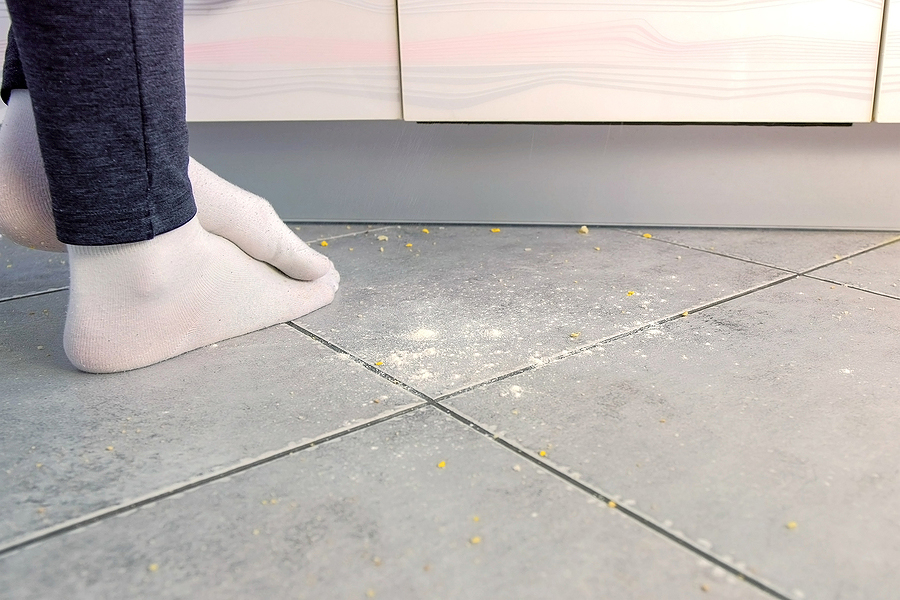 Before every holiday, we’d have what my family called the “boob hunt.” Sounds perverse, but it’s not. It was all about my mom’s famous fried chicken.

Mom believed every holiday should include a dish that celebrated our heritage. While we appreciated the concept, it took the us years to convince her that the Pilgrims didn’t serve lasagna at the first Thanksgiving. With her special fried chicken, she found a way to make the classic Southern dish into something consistent with our ethnic heritage by adding Italian-seasoned breadcrumbs.

A typical boob hunt started with Mom sending Dad out to shop for chicken breasts. Now we’re not talking about just any breasts. Mom specified that she wanted only “Dolly Parton” breasts, not “Twiggy” ones. Dad would often have to shop at several grocery stores before he’d find 24 perfect breasts that would satisfy her requirements.

In his later years, when Dad could no longer drive, I became his boob-hunt partner. We’d check the poultry in each store and quietly (we hoped) comment on whether the breasts were Dolly enough. Of course, Mom was the final decision maker. Any breasts she deemed too small were sent to the freezer and Dad and I went out again.

On the morning of the holiday, Mom always woke at dawn. She would fill three or four bowls with milk and eggs, in which she’d soak her chosen Dollies. After a few hours, she would spread waxed paper on the table and cover it with Italian breadcrumbs. Then she would coat the breasts and arrange them neatly on the sheets of waxed paper until they were ready to fry.

My sister JoAnn and I were in charge of preparing the side dishes: mashed potatoes that Mom insisted must have globs of melting butter on top, sweet potatoes with extra marshmallows, and bowls of buttery corn.

Mom’s kitchen was small, and she wasn’t the neatest cook. Knowing that, JoAnn and I added our own secret tradition to the chicken-frying ritual. On the morning of each holiday, one of us would call the other.

“Have you got your socks?” one sister would ask, on the verge of laughing.

“Wouldn’t go without them,” the other sister would respond, unable to keep from giggling.

Mom’s gone now. My middle-aged siblings and I, concerned about fats and cholesterol, choose baked chicken breasts that are more Twiggy than Dolly for our holiday dinners. The amount of butter in the potatoes has dropped drastically, the sweet potatoes are often served without marshmallows, and buttery corn has been replaced by green salad.

We congratulate ourselves for making healthy choices, but when we sit down for dinner, we all wish for one more holiday with Mom, her Dollies, and our breaded socks.

About the Writer:
Pat LaPointe is the editor of Changes in Life, a monthly online women’s newsletter. She is also a contributing editor to the anthology The Woman I’ve Become: 37 Women Share Their Journeys from Toxic Relationships to Self-Empowerment. She has counseled victims of sexual abuse and domestic violence. Pat is past president of Story Circle Network and she conducts writing workshops for women online and onsite. Her essays and short stories have been published widely and she is currently completing her first novel (forthcoming in late 2021).