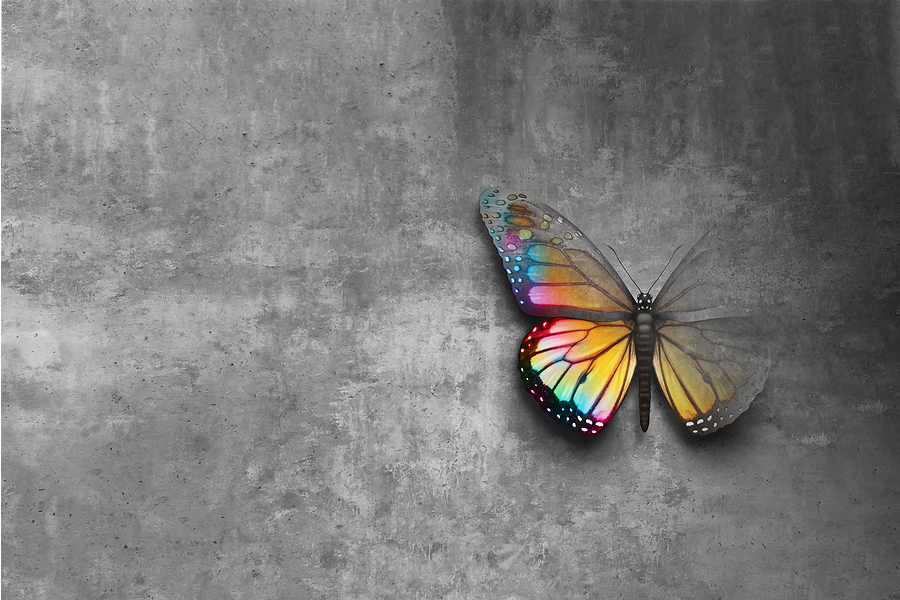 Every fat person will tell you that no one has been there for them like food has. Not my girlfriend, my dog, or even my mom compares to what I feel with food. But there’s loathing in that relationship too. I moan pleasure and pain into each bite I take. Every time I eat, I either say “I love myself” or “I hate myself,” but I always feel both.

In the era of body positivity and PC culture, I have an idea what “healthy society” thinks of fat people, but they’re afraid to say it. They think we’re lazy, excuse-making, energy-depleting whiny asses who are secretly jealous of skinny people. We stuff our faces with frozen pizza and McDonald’s French fries and all things gloriously easy and American. We like to use our tragic pasts and sob stories to excuse our slovenly ways, while taking up space and energy on a quickly dying Earth.

Here’s something worse than healthy society can imagine: what I really put my body through. I am constantly destroying my body. I’ll starve myself the whole day so I can pig out at night, stuffing my stomach until the acid reflux floods up my gullet. I love eating until the feast is over, when I’m bent over, praying for death because my stomach hurts so much, when I’m lying in bed while my girlfriend rubs my swollen tummy in clockwise circles.

But in the age of body positivity, I have to love—no adore—my body through it all. If I don’t, then I’m fat shaming myself. I’ve had friends lie to me. “You are not fat,” they say, “You’re beautiful.” (Hey, fat people, you can be both.) I’ve had friends slap me (hard) when I called myself fat, like it was a bit for a sitcom. When I complain about my thunder-blubber thighs ripping the inseams of my jeans again, those friends bark “shut the fuck up.”

Why should I take verbal beatings from my enemies and my friends?

Since weight is considered a medical concern, many people say I should trust my doctor’s opinion. Surely a medical practitioner who has sworn to “do no harm” must be completely logical and unbiased about this sort of thing, right?

When the doctor enters the examination room, she glances at me, then back to her clipboard, then asks, “Why are you here?”

“I need to have my prescription refilled,” I say. “Metformin.”

“Were you taking that for diabetes?” she says.

Her eyes don’t move from her clipboard.

“Ah,” she says, finally looking up. “I figured you must have something like that.”

I don’t ask because I know the signs of Polycystic Ovary Syndrome, or PCOS: facial hair, rough skin, excess body hair, thinning hair on the head, mood swings, headaches, fatigue. This doctor couldn’t have noticed all of those from a half-second glance. But I must have something to explain my fatness.

The doctor tells me I need to exercise and lose weight as she sticks her hand up my vagina for a pap smear. I can’t help but take it personally when she’s got her whole head up inside my most private, holy area—when I already feel as uncomfortable as she can possibly make me—and she tells me I’m not good enough.

I simply nod every time the doctor says I can lose “the weight,” as if it’s a separate entity I can just leave behind, like it hasn’t consumed my whole life.

I didn’t know I was the biggest person in my kindergarten class until my crush slapped the “fat” insult into my chubby cheeks, like red stamps that said “worth” on one cheek and “less” on the other. I never thought about my weight until then, but after that moment, the glass bubble shattered.

I had appointments with nutritionists, I couldn’t fit in the school uniforms, I couldn’t do the same things my friends did (PE was a nightmare). Middle school and high school were the worst. I never got a date, never got asked to dance (although that’s partly because I’m queer). The whole middle school mocked me for months after I was publicly “rejected” by a boy I didn’t even like because a rumor spread that I did. Apparently, they felt I had to be punished for thinking a fat person could find love.

The anti-fat-shaming culture was founded by fat people, most significantly fat Black women, reclaiming pride in their bodies, but now it’s “cool” for skinny PC people to appropriate the movement without upholding its tenets. Society isn’t changing as much as it seems to be on Twitter and Instagram.

I’d like the privacy to explore my own fat-shaming and the damage that has been done to my body without thinner people telling me how I should feel about myself.

About the Writer:
SJ Griffin (they/them) is a queer, trans, fat writer and editor based in North Carolina. They have a BA in psychology, BFA in creative writing, and certificate in publishing from UNC-Wilmington. You can find more of their work in Motherwell, Crab Fat Magazine, Semicolon Literary Journal, Mookychick, Marias at Sampaguitas, and more. Find them on Twitter @born2blossom.