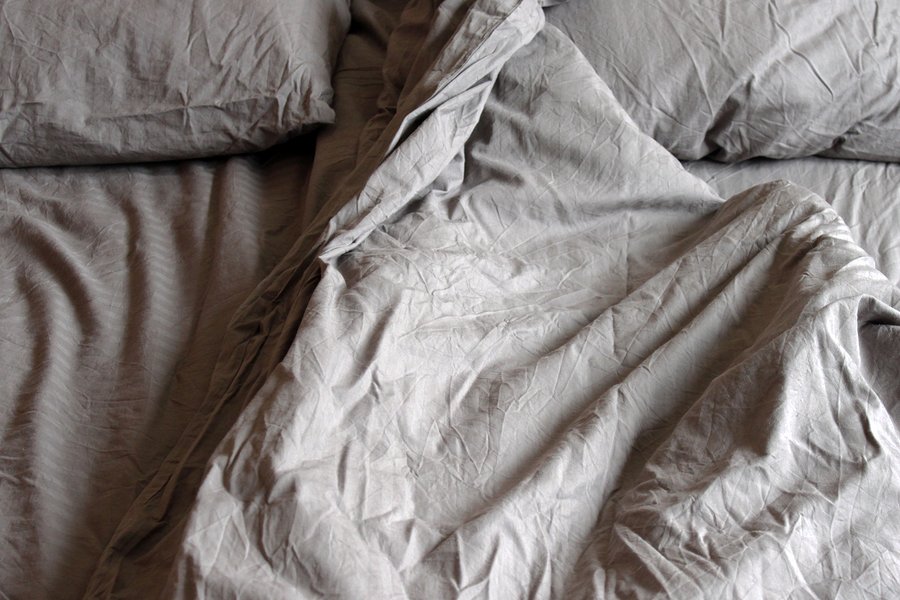 What one-night stands have to teach us

The walk of shame is a sobering act. It’s a moment of pure clarity in which we, for those few steps, that short drive, that time in the shower, are awakened, by euphoria or contrast, to the dispassionate truth of who we are.

If you’ve ever lain in bed, the sheets draped over your legs and waist, the moonlight illuminating the curve of your spine while he rubs your back gently, the thick coarseness of his hands reminding you of your femininity, every hill and valley of your body a landscape of his desire, while the gentle smile of peaceful satisfaction rests on your lips, then what I have to say may not interest you.

But if you’ve ever laid in bed, lifting the sheets up and over your hips—locking them beneath your armpit as if tenting your body for sin—his hand flopped open, unknowingly on the back of your head, scratching your scalp like he’s rewarding a dog who’s just learned to sit, your eyes using the moonlight to scan the room for casualties—a shirt on the undusted nightstand beside you, pants in tango with whatever towel he’s calling a quilt—as his phone rings, its display showing the name of his best girlfriend, the cheerfulness of his “Hello” cutting the stilted silence of your immoral affliction as you slide out of bed and restore your underwear to duty, dress in the bathroom, then with a quick smile of forced satisfaction, wave goodbye while he looks at you confused (the phone still at his ear) and he half-heartedly mouths, “Where are you going?” while you keep moving, grab your purse, take a final sickening look around the room, tiptoe down the stairs, out the front door, and jog towards your car in Guest Parking, I’m here for you.

I have too many stories like that, stories about nights where I’ve come to my senses only after having them pounded back into me. Nights when I’ve had to leave my assumptions about love and return home to the sanctity of regret. Nights that have ended with me standing in the shower, the steam filling my lungs while the heat of the water softens the shame on my skin—pieces of loneliness and self-abandonment swirling down the drain at my feet.

Nights when I’d return to bed—my own this time—cleaned, lotioned, and pajamaed, the cottons of my clothes and flowered bedspread mixing, hugging my body as they held me tighter, filling the gaps beneath my knees and hips while my head rested on a pillow, the moonlight peeking through another set of blinds—my own this time—dropping breadcrumbs of light on a clear carpeted floor, mapping a route from my bed to the stars.

There’s nowhere to hide when we run from ourselves, no persona we can don that doesn’t rinse in the rain.

The moments between his house and my own were a whirlwind of consciousness. Moments when embarrassment and pride swirled like a tornado gathering force from both sides before finally settling somewhere in between, a vacant and undeveloped space where acceptance wasn’t an admission of guilt but the first step towards love, where the urge to retreat brought me from doubt to disillusion.

That ill-timed exit became my first act of self-care. In that moment, the scratch on my head wasn’t from his hand, but a soulful itching for sudden escape, a gentle nudge from within, ushering me from darkness to awareness, from my back to my feet, from his bed to my own.

And so I walked — shamefully, regretfully, and truthfully—home.

About the Writer:
Casey Lane is a writer, blogger, and International Program Manager for a Los Angeles-based marketing agency. She has self-published a children’s book, Lucky Love & His Moms, and she is currently writing her memoirs. Casey is also working toward her MFA in creative nonfiction writing at Bay Path University.