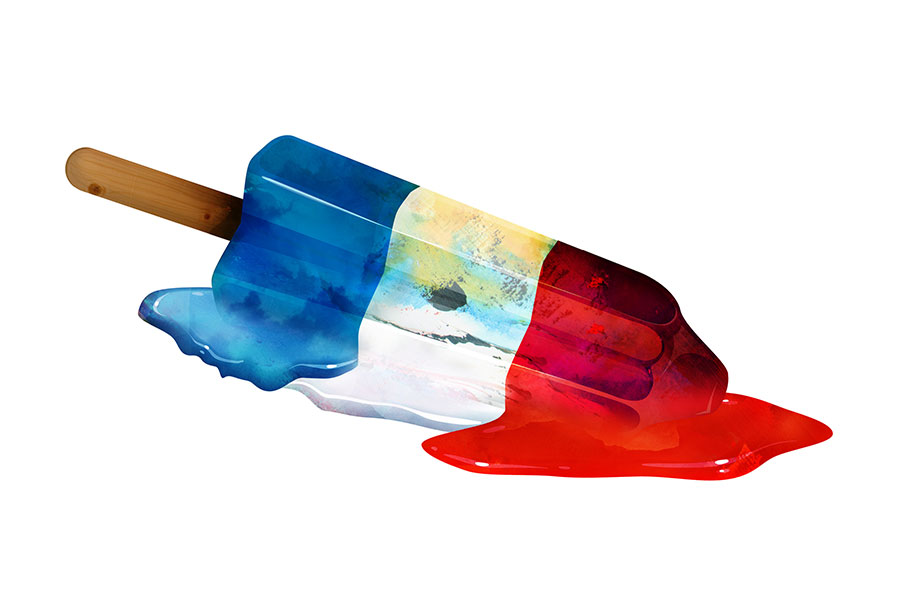 “Why I Won’t Be With You on the 4th of July” is part of a new series at Multiplicity focusing on writers and their craft. Each blog publication features original work followed by commentary from the writer on its genesis, giving us unusual insight into both the work itself and the process of artistic creation.

On the one side there is my love
and on the other, your living arrangements.
My romantic soul is fully intact
and willing to take on all comers
but if a heart can be susceptible to allergens
then your family is more than enough
cat hair, pollen and ragweed
to give it the most virulent of hives.
Your mother criticizes my supposed lack of ambition.
Your father looks down on me
like I’m something to be squashed, not embraced.
I’m sure your brother hates me.
And, though your younger sister sympathizes,
she keeps going on at me
about my lack of any tattoos.
Even your grandmother, when she’s in residence,
is like this crackly-voiced PA system
continually announcing how short men’s hair was
back in her day.
So while I appreciate you inviting me over
for this year’s patriotic activities,
all I can say is –

the roads are bad,     more rain is forecast,
I don’t want to leave my sick mother all alone
at this time of year,     a cousin just died,
I’ve contracted food poisoning
etc etc etc

Just remember, these are not excuses
borne of lack of affection,
they’re regrets based on past experience
and the knowledge that, though you love
your family dearly, that love is not transferable.
Remember, not all holidays are a time
to step away from the rigors, the ordeals,
the vicissitudes of life.
Some are a continuation.

“Why I Won’t Be With You on 4th of July” is typical of any number of my poems in that it does not refer to a specific incident or even a particular set of characters. It is more of a mish-mash of awkward situations I have found myself in at various times of my life and the people behind that awkwardness.

I have had enough experience over the years with “meeting the folks” to inspire a hundred poems. Some have been hospitable. Others cold and uninviting. Even with the former, I’ve found suddenly being plunked down for evaluation amid a bunch of strangers, no matter how welcoming they try to be, can still be nerve-wracking.

So in this poem, I attempt to capture a little of the trepidation by exaggerating my reactions and embellishing the family’s traits. For myself, the reference to allergens is only too real. “Cat hair,” especially in my childhood, was my nemesis. And the bit about “how short men’s hair was back in her day” is only too real. As for the choice of July 4th, it seemed the perfect holiday for what I wanted to say in the poem, a time of joy and celebration with the potential to be just the opposite.

As for the form, I try to both write and construct my work with getting my point across in mind. The language is commonplace, conversational, with a twist here and there, and in keeping with the subject matter. And I look for a balance as well. Two thirds of the poem is accumulated detail and the rest an appropriate, but not too didactic, summation. I liken it to a gymnast nailing the ending of their routine.

I try to be careful with punctuation. Even if I don’t always adhere to the grammar rulebook, I place my commas, periods, etc. in a way that complements how I wish the work to be read. Even the indented lines have a purpose. In this case, unlike the rest of the poem, they’re words as I could have actually spoken them. Plus, there’s a run-on quality to them so that one line leads into the other. This is unlike the more normal sentences which call for a pause after every one.

By the way, though this poem is called “Why I Won’t Be With You At 4th of July,” in the spirit of protesting too much, chances are that the narrator, who may or may not be myself, will not actually repeat any of this to his romantic other, and will be with her and family at July 4th after all.

John Grey is an Australian poet and U.S. resident. Recently published in Sin Fronteras, Dalhousie Review, and Qwerty, he has work upcoming in West Trade Review, Willard and Maple, and Connecticut River Review.