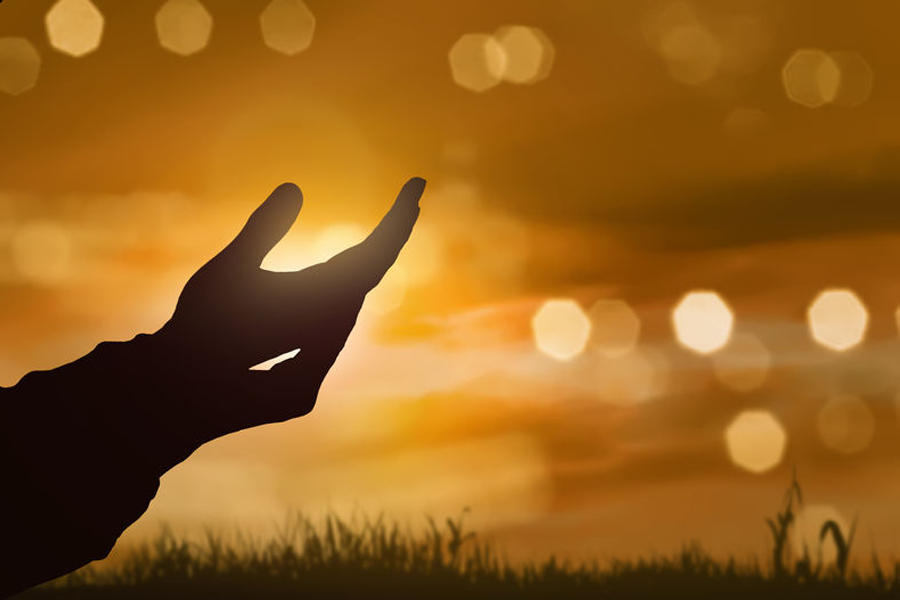 When I was still young enough to believe I could become president someday, but old enough to watch my little brother occasionally, my family went to two different Baptist churches. On weekends when my mother didn’t have to work, we went to a church where the congregation looked like us. The preacher went in and out of song when he felt moved, and the choir responded to his lead the same way a baby mirrors its mother. Women in white dresses and gloves monitored the congregation for those who lost control of their bodies to the spirit. The spirit scared me. I didn’t want some other entity coming into my body. The women in white pulled seizing bodies into the aisle and made sure the invaded didn’t accidentally knock their heads into the pews or kick their skirts up for everyone to see their unmentionables. Church ended when the preacher finished preaching. If the spirit moved him, we’d let out at 2:30.

On the weekends when my mother did have to work, we went to another church where we sang quietly from hymnals to music played at a respectable volume. Most kids left their parents to go to the nursery. The ones who stayed said soft “Amens” that curved around their tongues at the right pauses in the monotone sermon. No one yelled. There were no ladies in white. The pastor stayed on schedule and the service ended promptly at noon.

When we couldn’t go to church, we prayed to Reverend David Paul on The Miracle Hour TV show.  We praised God when he stepped onto the stage. David Paul put his hands on heads. He took donations. You could call an 800 number or mail him a check. He went on tour and spread his miracles from city to city. Heads bowed for him when he asked people to believe. When he said to have faith, we had faith. I believed in the power of David Paul the way I believe that I sit at the right hand of my Father.

When my mother became a Mormon, she sicced the missionaries on me. I argued with them about the three tiers of heaven they tried to convince me existed. I can’t remember the requirements for the top two tiers, but I figured I could probably make it to the lowest one. I just wouldn’t be able to travel up to visit my better-behaved loved ones. I was suspicious about that sort of segregation. It seemed unjust to me, especially compared to more the cut-and-dried concepts of heaven and hell. How do you divide degrees of goodness? I thought if I could just be good, then good things would come my way.

We learned about confessing sin in Sunday School, yet my sins still have kinetic potential. And I can’t confess the sins of my father, whose parting silhouette is my childhood tragedy.

Growing up, my mother constantly reminded me she was the parent who stayed. I resented her because other kids with divorced parents got to choose one, but I was stuck with her. I gave her Father’s Day cards and told her she was a better father than the one I couldn’t remember. When my friends complained about getting grounded, I said, “At least you have a father.” I imagined running into him on the street. I searched the faces of strangers for my likeness.

People consoled me with accusations. “Your father’s a jerk.” “Your father’s an asshole.” “Your father up and left you.” I didn’t understand they were taking my side. All I knew was that this man, this myth, was part of me. When someone asked about my father, I’d say I didn’t have one. As I got older, I repeated phrases I had heard about him and knew too well. I grew to hate him. I denied him. I loved him.

David Paul came to Hartford. We went to see him because we were hungry for a miracle. He yelled on the pulpit. My skin grew into rugged terrain as each hair follicle stood to attention. He cured other people. People rose from wheelchairs. The blind could see. The sick became healthy. I tried to get David Paul’s attention. He never looked in my direction. I prayed because I believed. I believed because I prayed. David Paul didn’t put hands on me. He didn’t acknowledge my prayers.

After he left, my father and I didn’t speak again until I was 10. Then again at 24. And again at 32. Our conversations took the same arc each time we tried to have a relationship. First, we corralled the lost years between us and rediscovered that our memories were incompatible. He would go on and on about the past. About how he swindled my mother out of child support. About how he regretted his relationship with the woman he left my mother for, his sons’ mother. About the stupid canopy bed he bought me when I was four. Eventually we hit a wall where one of us offended the other and I dipped out.

He carries my fifth-grade picture in his wallet, the photograph preserved in yellowed plastic with specs of dirt lining the corners. To my father, the girl in his wallet is who I am.

I’m riding my red tricycle in front of our apartment when he drives up. My mother, watching from the front stoop, rises as he gets out of the car. I climb her tree trunk legs into the branches of her arms. My chest is about to snap like a rubber band, but I remain silent. I have already learned to be quiet. My father screams, “I thought you said she wanted to see me!” My mother screams back. There are no hymnals. No quiet prayers. No hushed “Amens.” We speak in tongues. The spirit takes over us. I protect their heads as they writhe. I pull down the skirt my mother has kicked up to her thighs. I massage my father’s temples as he gnashes his teeth. They scream until their noise turns brown and becomes everything—and nothing at all.

About the Writer:
Reverie Koniecki is an African American poet and educator living in Dallas, Texas. She is the co-founder of Meet Me With Curiosity, a poetry salon in Klyde Warren Park. She is the former Educational Arm Assistant for Asymptote and current poetry editor for the Henniker Review. Her poems and prose have appeared in Entropy, Thimble Magazine, Spiderweb Salon, White Rock Zine Machine, and Off the Margins. Reverie is currently working towards her MFA in Poetry at New England College.