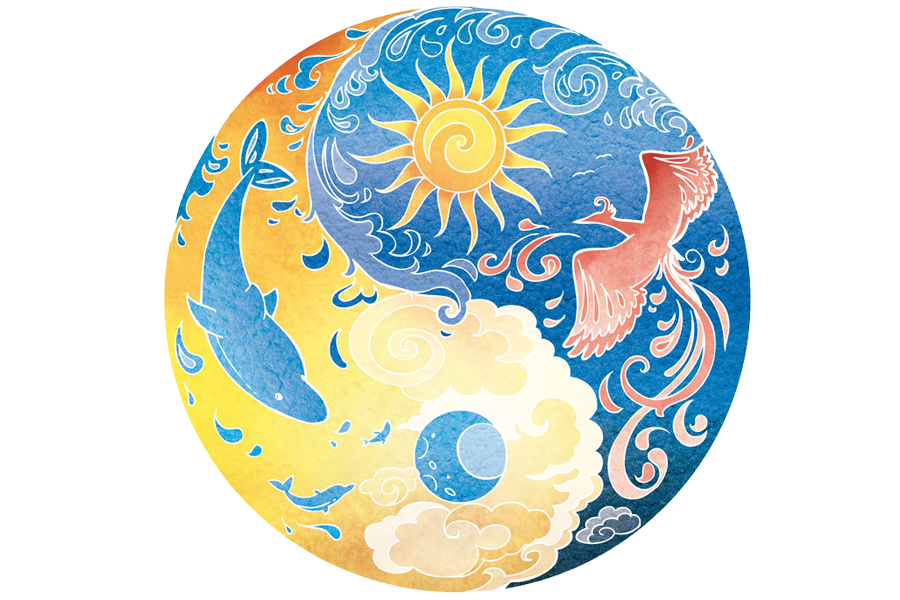 When I first began my Buddhist study, the zendo was like a foreign country.

Everything was either sage or beige. We weren’t supposed to look anybody in the eye. Someone beat a drum steadily as we walked around in circles, clad head-to-toe in brown robes, our hands folded in front of us (left on top, always). We women had to wear our hair back in ponytails and we weren’t supposed to wear nail polish or lipstick. No lipstick! I had a hard time with the no-lipstick thing.

At the zendo, they have tea but there’s no caffeine in it (what is the point of that?). Bells rang at strange intervals as we bowed in front of figurines of Buddha and Kannon, the goddess of compassion, who appeared to have a pineapple-shaped head growing out of her real head. I think it has something to do with all that compassion needing extra space in her body.

But all that was nothing next to the chanting.

The chanting was just damned weird. We knelt on the floor of the zendo, hands in prayer position, looking up at the Kannon figurine, when somebody handed me a little booklet with chants in it. Oh no, I thought, here is the part where I have to chant.

It was dirge-like and monotone, like the spookiest-sounding of Gregorian chants, totally anti-Western. I kept imagining Rose, my 15 year-old, who already thinks I’m ridiculous, happening by and seeing me and being mortified, even though she didn’t know where I was and doesn’t drive and doesn’t know where the zendo is.

The thing is, I wanted all of that weirdness. I wanted to be in the zendo because I wanted badly to know why the Kannon figurine is so important to the practice, why I couldn’t look anybody in the eye, why somebody kept beating the drum around the corner where I couldn’t see them. I eventually learned the answers to all those things, but it was a crazy time there for awhile.

I couldn’t articulate it at the time, why I felt drawn to the zendo three times a week. I just knew that I was jonesing for knowledge, the more arcane the better. I loved being a secret student of something most people I know aren’t even interested in. All the better if the topic is one in which new students get almost zero answers in the beginning about what the hell is going on. Only once you jump in the pool is anybody going to tell you how to swim. I jumped in, because I don’t want to be that person standing on the edge, afraid to jump, while my teachers say things like come on, the water’s fine. Just make sure to disrobe completely before you jump in. Here, put on this brown thing. Also why are you wearing lipstick?

Two years later, I enrolled in a month-long Wine 101 course at my local wine shop, where I sat with other newbies and lowered my whole face into a Zalto industry-standard wineglass that probably costs more than I make in a week. We swirled the wine and inhaled the aromas and tasted and then, after a minute, spit most of it out. It took me weeks to really understand why we swirled the glass before smelling it and why we smelled the wine before drinking it, though I caught on pretty fast about why we spit. Then I studied for and passed the Introductory Course offered by the Court of Master Sommeliers this past January. Why? I honestly couldn’t tell you.

Maybe because there’s so much why to wine that it has some of the same barriers of entry as Zen. My wine teachers show me how to pour just a splash of wine into a glass, swirl the glass on the table, then sniff at least twice before actually drinking anything. I’m supposed to then announce, so that everybody around me can hear, what I’m smelling. Sometimes it’s apple or butter or raspberry. Occasionally it’s something weird like wasabi. One time the wine smelled like mouse pee. We threw that one away.

This is all not half as weird as chanting, by the way, but I’m just speaking for myself here. When we’re all swirling and nobody’s drinking yet because we all want to save that first taste of the wine for the first taste of the cheese, when we’re just talking and nerding out together, that’s when I’m happy. That’s when the jones is satisfied. One night after Wine 101, I was at home on the couch watching Somm TV and Rose walked into the room, rolled her eyes and wordlessly stomped back out. That’s when I knew I was really onto something.

About the Writer:
Kim MacQueen is the Managing Editor & Faculty Advisor at the Champlain College Center for Publishing. She writes, teaches, and makes magazines and books in Burlington, VT. Kim is the author of the novels Out, Out: A Novel of Women and Apes and People Who Hate America.