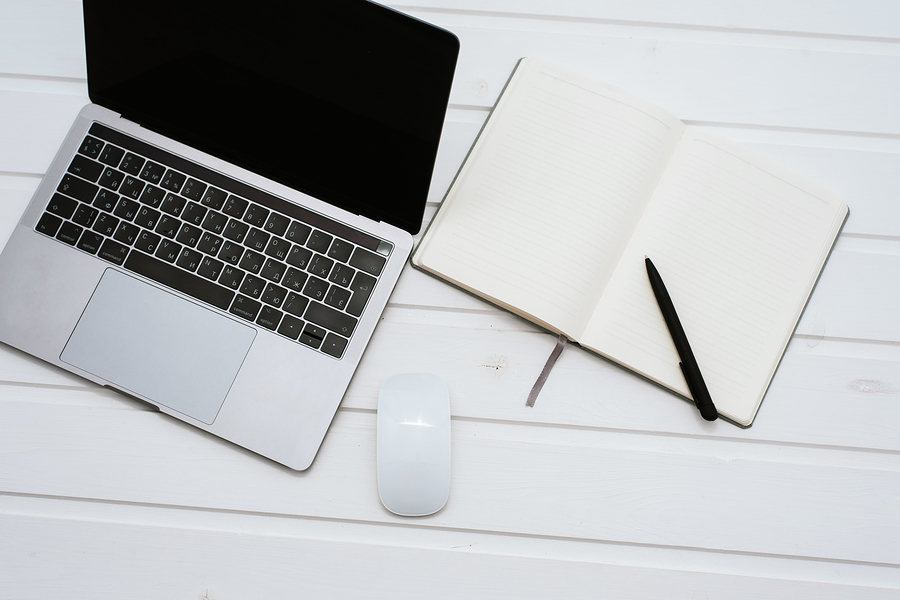 The proverbial blank page. I’ve been caught in a staring contest with it more times than I can shake a Paper Mate pen at. Except these days, rather than a page, it’s usually a blank screen. For me, the blank screen is worse.

From the get-go, it feels adversarial, what with the screen literally shooting radiation at my eyes and me defending myself with anti-fatigue glasses.

The tradeoff, I guess, is that working on screen is more efficient: It eliminates that extra step of typing up what I’ve already written on the page, it makes it easier to Ctrl+X sentences around, and it allows me to delete without a trace any words that I regret having put together.

When I’m done, I might end up with a single paragraph—maybe more, maybe less—but also the feeling that I should have so much more to show for myself. This is all I’ve got? Maybe I’m not meant to write this piece at all.

Starting with the blank page, on the other hand, has an immediate tactile reward, like the thrill of holding a print book in my hands. It also takes me back to a time before there were blank screens, when I was just a girl who liked to write rather than a woman trying to make a living from writing.

I’ll cross out entire paragraphs with a decisive single line or a disgusted horizontal spiral. I’ll add replacement sentences sideways up the left margin in what is the handwritten equivalent of 5-point type. I can bracket off phrases and then snake arrows through the white space, schematic-diagram-style, to show where they truly connect. In the end, I might end up with the same single paragraph—maybe more, maybe less—as I did working on screen. But I also have visual proof that I’m invested in this project. I can’t stop now. There’s more to say and plenty of ink left in my pen.

About the Writer:
Erin Binney is a former business reporter, a current copyeditor, and an Olympic hopeful in home organization. She has a B.A. in English with a concentration in creative writing from James Madison University and expects to earn her MFA in creative nonfiction from Bay Path University in 2021. Her piece “Love Takes a Recess” recently won first place in its category in the International Society of Family History Writers and Editors “Excellence in Writing” Competition.