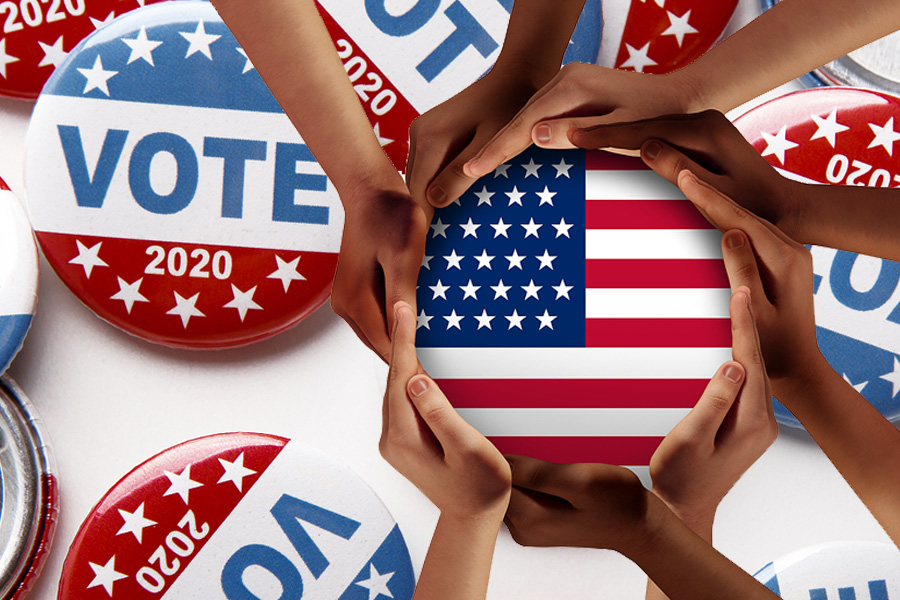 I’ve been a passionate advocate of voting for most of my life. I’ve thrown myself into voter registration drives and taught the history of voting-rights struggles. That’s partly because I’m an historian and partly because I grew up on Schoolhouse Rock. But looking back, I see three particular episodes in my life that deepened my commitment to voting.

I grew up on the Jersey Shore. My dad was a plumber and my mom a homemaker. Each weekday, as Mom prepared dinner, my beagle and I waited by the window for Dad’s van to back into our driveway. One Election Day when I was eight years old, Dad returned from work, plopped his lunch box on the counter, and announced he was going to go vote. My mother (who voted while I was in school) said, “Why don’t you take Bobby?”

I felt a surge of excitement to do a grown-up thing with Dad and to go to his polling place at East Dover Fire Department. I’d never seen the inside of it. As we left, Mom chided Dad: “Don’t stay too long bullshitting.” (Mom’s Dictionary: bullshit verb: to yap; especially men talking about idle crap. See your father.)

We drove to East Dover, and as my father signed in to vote, I stood in awe of the firefighters and fire trucks. Before voting, Dad approached three firefighters and commenced bullshitting. I tuned them out, fascinated by my surroundings. I saw people I knew from my small town enter, sign in, then vote. There were schoolteachers, waitresses, mechanics, homemakers, shop owners. Many were heading home after work, tired yet excited to vote.

It dawned on me that these familiar folks were choosing the next president of the United States. Each vote was important. Realizing this gave me a sense of the sacredness of democracy. It was still the Cold War then. Half the world lived under some form of dictatorship. It dawned on me that voting was something no one should ever take for granted.

My reverie was broken when Dad asked the firefighters to watch me while he voted.

“Why don’t you take your boy with you?’ one suggested.

Whoa! This trip kept getting better!

Dad put his arm around my shoulder and led me into the inner sanctum of the voting booth. Back then, voting booths had a handle that closed a big red curtain around you, lending gravity to the act of casting your ballot. Dad pushed down levers to indicate his choices and then pulled the handle again, reopening the curtain with a clang.

The next time I set foot in that firehouse was 10 years later, when I, a newly registered voter, proudly entered with Dad to cast my first-ever vote.

It was Election Day 2000, the first presidential election of the new millennium. I was a graduate student at UMass Amherst. Several fellow history grads and I met at Hugo’s, a Northampton bar, to watch voting returns. Vice President Al Gore (Democrat) was running against Texas Governor George W. Bush (Republican). Polls predicted a close race.

We arrived at Hugo’s around 7:00 p.m. sporting “I Voted” stickers on our shirts. One of us raised a bottle: “I propose we pledge to drink until a winner is declared!” We clinked our glasses and vowed there would be no cessation of drinking until we knew the next president.

At 7:50 p.m., based on exit polls, TV networks reported that Al Gore had won Florida, earning enough votes to clinch the election in the Electoral College. Only into our first round of drinks, my friends and I felt a sense of anticlimax. I headed home to watched election coverage on TV.

At 10:00 p.m., the networks began retracting reports that Gore won Florida. “Too close to call!” they now declared.

My phone rang: “Be back at Hugo’s in five minutes!”

Drinking resumed, now infused with the thrilling sense of entering wholly new political terrain. The bars closed at 2:00 a.m. with no winner projected, which compelled us to an after-hours party. That lasted until 2:30, when the networks shifted victory in Florida to Bush and reported Al Gore had called his opponent to concede. We drank a nightcap and staggered home.

An hour later, as I lay on the couch enveloped in the glow of my TV, the networks announced Florida was again too close to call and reported Gore had called Bush to retracthis concession.

More than 100 million votes had been cast, but the candidates were separated by a mere 500,000. The Electoral College was nearly tied. In Florida—the state that would decide the outcome—only about one thousand votes separated Bush and Gore, compelling a state recount.

I’d always said, “Every vote counts.” That night gave the cliché new meaning. An epiphany cut through the haze of alcohol: “Damn, every vote really DOES count!”

The Florida recount, punctuated by legal challenges, lasted over six weeks before the Supreme Court (with Justices Ruth Bader Ginsberg and John Paul Stevens dissenting), ordered it stopped on December 12—before all the votes had been tallied. When the recount was stopped, George W. Bush was ahead by 537 votes.

One of the great privileges I’ve had as a professor of history at Bay Path University is leading the “One America” trip, in which students travel to a region of the U.S. for a week in January to study its history. In 2010, we took our first civil rights-themed trip.

We visited the National Civil Rights Museum in Birmingham and the Rosa Parks Museum in Montgomery. We met with 1960s civil rights veteran John Perkins. But our most inspiring experience happened in Selma, Alabama, site of the Edmund Pettus Bridge—the Bridge to Freedom.

“Bloody Sunday” happened on that bridge on March 7, 1965, when Alabama state troopers clubbed, tear-gassed, and whipped nonviolent civil rights activists, led by Hosea Williams and John Lewis, who were marching to ensure African Americans the right to vote. Televised images of the incident shocked the nation and led President Lyndon Johnson to demand passage of the Voting Rights Act of 1965.

My students learned the history before we arrived. But nothing prepares you for crossing that bridge yourself. Videos of Bloody Sunday don’t show how low the bridge railing is, or how far down it is to the Alabama River. As the students and I walked solemnly across, I looked down and got blasted by anxiety and light-headedness. I’m afraid of heights. Looking at the river so far below over a rail that was barely waist-high shot my brain full of adrenalin, cortisone, and whatever other neurochemicals make you think you’re going to die if you don’t get across that bridge fast.

Even in the grip of anxiety, I thought what John Lewis and all those foot soldiers of the Movement must have felt crossing the Pettus Bridge. The bridge’s height wasn’t their only worry. Armed state troopers awaited them on the other side. Troopers ready to crack open their skulls with billy clubs. John Lewis, who later became a congressman from Georgia and served more than 30 years in the U.S. House of Representatives, needed 35 stitches to close a wound inflicted by a trooper.

As I reached the far side and my fight-or-flight instinct yielded to the bliss of serotonin and dopamine, I realized my elevated anxiety made what the Bloody Sunday marchers experienced more real for me. I resolved to do my small part to defend and expand the rights for which they fought.

As I finish writing this, I click on my TV and see socially distanced voters in long lines waiting hours to vote early amidst a pandemic and voter suppression efforts in some states.

The willingness of these Americans—disproportionately voters of color—to go through so much to cast their ballots is testimony why each of us must do our part and vote.

About the Writer:
Robert Surbrug is an assistant professor of history at Bay Path University. He specializes in 20th-century United States history, especially the Cold War era. He focuses on the movements of the 1960s and their impact on subsequent decades, a theme he explores in his book Beyond Vietnam: The Politics of Protest in Massachusetts, 1974-1990 (University of Massachusetts Press). He is the director of Bay Path’s innovative Honors Program, faculty advisor to the Black Student Association and a faculty advisor to the Currier and Ives Committee of the Springfield Public Museums. He received his bachelor’s degree from Rutgers University and his master’s degree and doctorate from the University of Massachusetts Amherst. He divides his time between his adopted home of western Massachusetts and his childhood home on the Jersey Shore.