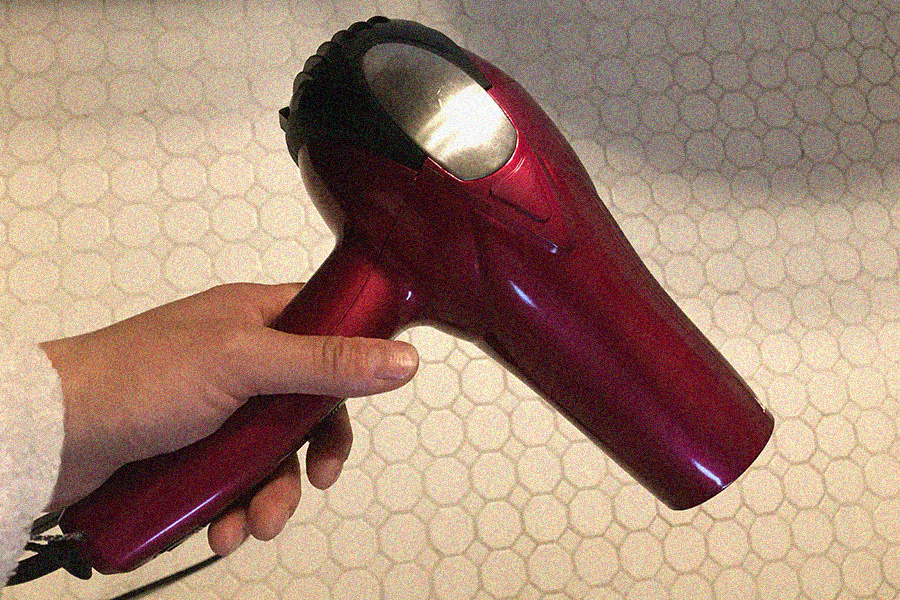 “To the Girl in the Plus-Sized Dress” is part of a new series at Multiplicity focusing on writers and their craft. Each blog publication features original work followed by commentary from the writer on its genesis, giving us unusual insight into both the work itself and the process of artistic creation.

It will happen suddenly, and about a year too late. You will step out of the shower and dry your hair with the hair dryer, which you rarely do, and you will start to wonder if his girlfriend has to do this every day. Her hair is so long, after all, and she never styles it, never pulls it back, just leaves it hanging down straight. It will strike you as ironic, again, how he grew out his hair so he could cut it all off and donate it, and then chose a girl with hair down to her hips. She did not know him when he had long hair, but you did.

The usual thoughts will come then, some old, some new, bouncing around in your head like particles.

You would look a lot like her, if your hair were a few inches longer and your body a few inches shorter and 100 pounds lighter.

She claimed they’d been dating for over a year, but you know that they were broken up in August. And you know he took her back. She wore him down and won him a second time when you, for all your tears and trying, couldn’t even do it once.

He said you were friends, “good friends,” but made it clear you would never be more. He just “couldn’t reciprocate” your feelings, and you thought you knew why. Didn’t he say he wouldn’t date coworkers? But then he chose her, in front of you, instead of you. You were wrong about his reason. He just wouldn’t date you.

And that’s the moment when it happens. Two particles bump together in your brain, one hot, one cold, and at once you realize that your hair dries faster when you hold your head upside down and that he is not your friend. You lift up your head, put the dryer down. A friend would not treat you this way. Maybe you were once his friend, maybe you were not. Maybe you lied when you told yourself that you could be “just friends” without hoping for more. Maybe it’s a lie that he was ever your friend at all.

You mourn for the girl who, almost exactly one year ago, sat at a table in a plus-sized dress, with short sleeves to hide her arms and Spanx underneath to hide everything else, the thick blue material both fancy and frumpy. She bought it as an emergency the day before because nothing in her closet fit anymore, and she wore it while she watched her world fall apart. You remember how she spent more time in the bathroom than the ballroom, how she was left out of the professional photos because she couldn’t bear to watch them dancing. You remember how her heart cracked when she saw them holding hands, staring into each other’s eyes. How her breath faltered when she noticed someone missing from the bouquet toss. And you wish you could tell her that it won’t be a big moment, when it happens. It won’t be the next time she sees him, or the first time someone mentions his new relationship. It won’t be the first time he and his girlfriend break up, or the second time they get together, or all the times in between when she, the girl who wasn’t chosen, scours their social media, analyzing Instagram posts and Venmo transactions, living their lives instead of her own. It won’t be when she meets someone else, or the first time he kisses her, even though she still fits into the plus-sized dress. She’s surprised, almost startled, that he likes the body she has struggled to like for years, the body she is only now learning to accept.

No, it will be on a Wednesday afternoon, and the snow on the ground will be tough and dirty, and she’ll be checking the time on her phone because she’s running late for a doctor’s appointment, and she’ll notice again that her hair is dry, and she’ll remember that he is not her friend, and she’ll realize that maybe, finally, she is okay.

I wrote most of this essay in a notebook, on my way to the doctor’s appointment that I mentioned. It just seemed so revolutionary to me, this idea that a boy I’d been obsessing over for such a long time no longer mattered, and that the moment I recognized this came on a regular Wednesday afternoon. I immediately began writing in second person, and I didn’t even consider how unusual that might be for a reader. For me, it felt like the most natural way to tell this story.

Using second person makes this story about my life into something universal. Anybody who reads this story could assume that they are the “you” that it’s being directed to. However, I actually found the use of second person to be deeply intimate. I’ve written a lot about the fallout of this particular relationship, and most of my writing has been about or directed at the boy. He was the “you” in all of my writing up until now. This time, I directed my writing at myself. It was as though I went back in time to the night my heart was broken. I felt like I could be the comfort I so desperately needed.

This is the first time in years that I’ve centered myself in my work. I didn’t think I’d be able to do that again while still fitting into a plus-sized dress. For me, that’s the most revolutionary thing of all.

Aly Bloom is a teacher living in Brooklyn, New York. She graduated from Kenyon College in 2015 with a double major in Modern Languages (French and Russian) and English (with an emphasis in creative writing). She has returned to writing during quarantine and is excited to begin sharing her work with others again. Her work was most recently published in the nineteenth issue of Bending Genres.