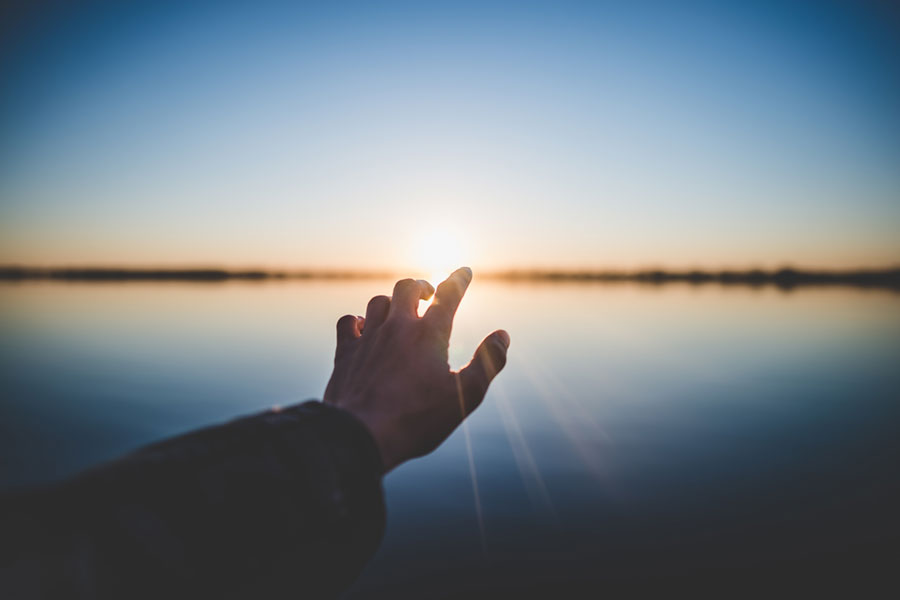 “Job Finds Divinity in the Everyday” is part of a new series at Multiplicity focusing on writers and their craft. Each blog publication features original work followed by commentary from the writer on its genesis, giving us unusual insight into both the work itself and the process of artistic creation.

When Job was bent and decrepit,
his back crooked and legs unsteady
he found himself again ruined.

He turned not to the Lord, expecting
the Lord saw and knew, the Lord allowed
suffering. Locusts ate his crops, disease felled
his goats, his servants made off with his gold

And Job calmly made his way a-shuffle
his legs widest at the knee, to the market
where he sat, head down, hand up, fingernails
growing long.

He looks like withered olive branch, a woman said
and he did and few there helped him
for they remembered his cruelties, how he beat
his servants, his daughters, starved them and the livestock
for years, exclaiming this was his will, enacting
a trauma none else remembered.
He had beat them more when, having ceased
to beat them, their praise was insufficient

No matter, this time. Job perceived his patience.
And so he scavenged scraps from the rubbish,
nosed alongside the dogs in search of bread crusts.
Gradually he grew filthy, his clothes fell from him,
he crawled more than walked. A following of strays
developed, trotting along after him, yelping for scraps.

He did not beat them, in the heat and shimmer of the holy sun,
not caring that they only loved him for his gifts.
Finally, content to love something for needing him at all.

Lying on your back,
you pressed your fingers
into the notch
right below your ribs.
You thought your bones
were arranged
like a cabinet.
And then that shift
in the night’s spread of leaves
that you mistook for a cold front.
You held your arm high
and straight
like reaching out to God
just to feel the earth
try to reclaim some part of you.
Gravity—learning what it means
to be subject to gravity.
A sense that someday
it will pull you deeper.
Not just beneath the bed
or the house beneath that
or into the Earth, even.
Into something else,
something you can’t say
you ever knew you’d miss.

“Job Finds Divinity in the Everyday”

I often find myself thinking about what happened to mythological persons later in their lives. Job is one I’ve thought about more than most. The story is one of the more disturbing in its implications. God and Satan get into an argument over why this guy Job is so good, with Satan claiming Job will behave well only because God will punish him if he’s not. So God decides to let Satan just ruin Job’s entire life to prove Satan wrong. Along the way we learn that suffering is a path to God, who should be feared.

Growing up nonreligious, I always thought it was strange that this story was so celebrated. And I wondered, too, what kind of long-term effects that kind of trauma had on Job, who realized God’s love was shown to him in the form of immense and seemingly pointless suffering. So, in this poem I sought to imagine Job in old age, having lived a life enacting the same cruelties visited upon him by God. Abuse is something we learn. Children who are abused tend to become abusers. Having pain inflicted on us forces us to learn various coping mechanisms, none of them healthy. This poem is a portrait of a man who was tortured at the whim of someone infinitely more powerful than he was, and the aftermath of that experience.

One of the things I love about poetry is how everyone can take their own meaning from a poem. I wasn’t sure what this poem was “about” while I was writing it. I was just thinking about how, when I was a child, I would hold my arm straight up in bed. I think a lot of people did this and I was wondering why. I decided to write about it as a way of discovering how we interact with the world. Like how I used to hang upside down off the couch and let the blood rush to my head. Most of us used to do that, probably. And most of us had a moment where we pulled ourselves up off the couch or the bed and that was the last time. We never did it again. And I think that’s what the poem became “about” as I was writing it.

Then, one of my friends read it and asked if I’d written it about her. I’ve written a few poems to or about her, so it was a fair question. I said I hadn’t and asked why she thought so. She reminded me that she suffers from a chronic pain issue that manifests in her joints. That, and I wrote the poem to an unnamed “you.” And that’s something great about poetry. Poems can be so deeply personal to so many different people, and for such different reasons.

Craig Finlay is a poet and librarian currently living in rural Oklahoma. His poems have appeared or will be appearing in numerous publications, most recently The Ilanot Review, Little Patuxent Review, Levee Magazine, and After Happy Hour Review. His debut collection, The Very Small Mammoths of Wrangel Island, is forthcoming from Urban Farmhouse Press.