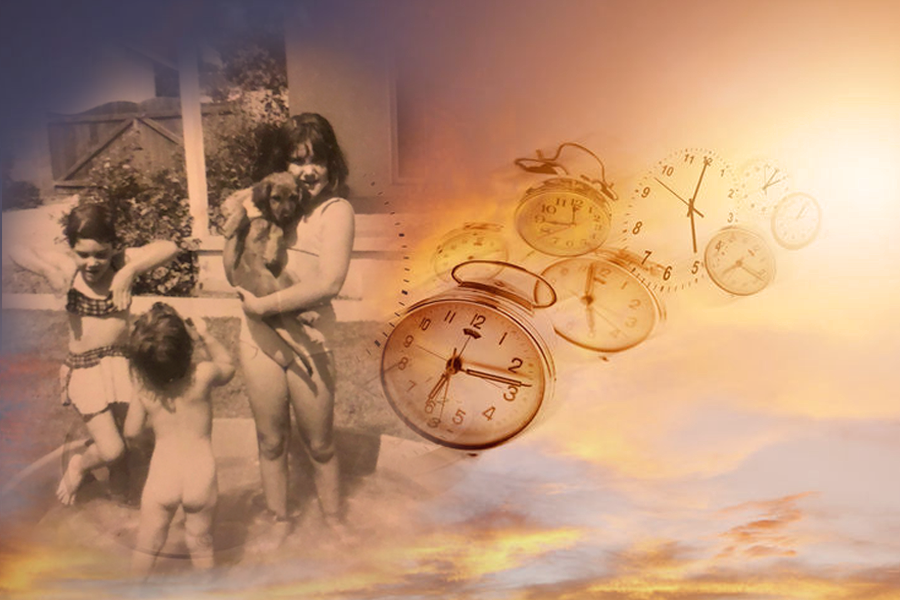 Zelda Diaz-Blitzstein sent me a text.

I’m so sorry to have to tell you your Dad passed away last night.

Manny was my biological father, but he wasn’t my dad. Zelda knew him much better than I did. She’d been married to him almost since he and my mother split up 52 years ago. Depending on whose story you believed, Manny either had an affair with Zelda while still married to my mother, which caused the divorce, or Manny first had an affair with a blonde and then met Zelda on an airplane shortly thereafter. I can’t tell you which is accurate because I was a child when all of that happened.

What I can tell you is that one day I was living my five-year-old life like everything was fine, and the next day I was at the Los Angeles airport with my sisters and our mother waiting to board a plane bound for Mom’s hometown of Minneapolis. There we were in our California clothes with coats and snow boots stuffed in carry-on bags ready to be donned at the other end of our adventure.

At almost 11, my sister Chelle understood what was happening. Margi, at two-and-a-half, hadn’t the foggiest notion of anything beyond her own need to eat, sleep, poop, and play. I was right in the middle—old enough to feel secure in the life I had, with no idea that my parents were breaking up, let alone how that was about to render me fatherless.

I caught on quickly that the subject of Manny upset my mother, something I strived to avoid at all costs. I didn’t ask about him; she didn’t volunteer information. As a result, my mind is like a partially erased chalkboard before that day we left for Minnesota. I know there was the ranch house on Madora Avenue, and that there were neighbors next door who had a swimming pool. There was my swing set and my dog, a cocker spaniel named Cookie. There was never-ending California sunshine and there were trips to the beach, Disneyland, and Knott’s Berry Farm. There was Oakdale Elementary and my kindergarten teacher, Mrs. Gonzalez.

I have the photos to substantiate. But when I try to envision my life with Manny in it, there’s a big blank space where my father used to be. I do not remember saying goodbye.

Eleven years passed before I would speak to or see Manny again. I was the one who initiated the meeting, but I didn’t recognize him at first. Perhaps out of loyalty for my parents (Mom remarried shortly after the divorce and I considered my stepdad my dad), I told Manny a short time after that meeting that I didn’t want to continue seeing him. Again, we lost touch.

Twenty-eight years later, my husband found Manny and sent him a letter, and we reconnected once more. I was afraid. I had questions, but I wasn’t sure I wanted to hear the answers. My mother had Alzheimer’s, so I couldn’t ask her.

I always thought Manny had abandoned Chelle, Margi, and me—until he told me Mom had changed our phone number all those years ago and he couldn’t find us.

And that’s the thing about about what we think we know. People say things, but that doesn’t mean the things they say are truthful. Just like the manipulation of scientific data, reality can be skewed.

Today, I am a writer of nonfiction. My previous work revolved around situations where I knew the story first-hand. As I write my current project, a memoir based on my abandonment issues and Manny, I’ve had to rely on historical information found online as well as the accounts of aged relatives I have not spoken to in years. What I have uncovered is melded together like a patchwork quilt. What fits here might not align there, yet some pieces fall into place perfectly, like Goldilocks’ slumber when she lays on the mattress that’s just right.

Opening myself up to more than one version of truth allows me to tell the story objectively. In my mother and Manny’s case, I can see them as layered beings who did not always make the best choices. Wherever the truth lies, I do not believe either of them intentionally did anything to hurt my sisters or me.

I lost Manny twice, the first time at five and again, to his death, years later. When I received Zelda’s text, I was devastated. My reaction took me by surprise. I called her immediately. She told me Manny spoke about his three girls until the very end.

I don’t know if that’s true or not, but it sure was nice to hear.

About the Writer:
Suellen Meyers is agoraphobic and she’s not afraid to talk about it. She writes nonfiction on themes of family, loss, addiction, anxiety, agoraphobia, and resilience. Through her writing, she strives to inspire those who live with anxiety and panic disorders to see that they can lead productive and happy lives. Her work has been published in The Manifest-Station and r.kv.r.y Quarterly Journal. Suellen is currently obtaining an MFA in Creative Nonfiction from Bay Path University. She lives in Las Vegas, Nevada, with her husband, Gary, and Zoey the Elf Dog. Her website is https://www.fearlessagoraphobic.com.