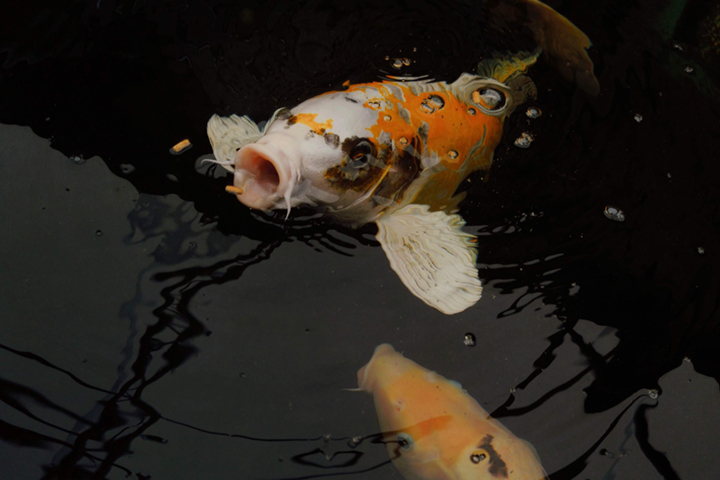 “Wonder in Austin’s Backyard” is part of a new series at Multiplicity focusing on writers and their craft. Each blog publication features original work followed by commentary from the writer on its genesis, giving us unusual insight into both the work itself and the process of artistic creation.

I’ve long thought I had some sort of gift with children, like how others are blessed with a green thumb. Show me any kid, ages 6 – 16, and I can likely find some way to make them smile. I guess that’s why some people become teachers and others become gardeners. But the very etymology of the word “kinder-garten” would suggest that one needs to be both.

With Austin I feel I am neither. Other kids tell me what chaos they want to provoke in the day’s short-lived liberty, but Austin asks me what I want and makes me choose. He is impossible to get out the door because he is a tyrant about his shoelaces. If we leave and he feels I did a poor job of tying them, he’ll send us back home and make me try again. He has a generally sullen disposition, an unusual degree of inferiority for a five-year-old, and an unwillingness to ever say, “I love you.”

I know it’s selfish, but it means a lot to me when the kids I’m working with show me affection. Kids are prodigious judges of character, like dogs or some therapists. Not yet actors on the world’s stage, they generally say what they feel because there is little to gain from lying about it. So a kid liking you has to say something about who you are. Or maybe they like you because of the extra cookie you allowed them that day.

Austin shows me no affection. He treats me as an old person might treat the aide who cleans the toilets at the senior center. A possible commonality: “We both like the color green!” I try.

Austin is already developing very cemented ideas of gender that I try to interrogate as often as I can. I used to call him a budding misogynist in my mind, but more recently I’ve recognized the error in that label. He has merely learned firm expectations of gender from adults that he challenges once in a while in the form of a stuffed rainbow unicorn. Austin tells me the unicorn is a boy. A spark of hope—I have to find some way for us to connect. All olive summer into amber fall, I search for my way in.

And then, as often happens, I stumble upon it. He is obsessed with nature, and it translates into every aspect of our time together. He draws pictures for class of his deceased pet fish (named “Bluefish” for apparent reasons), drags me along on nature walks for “fresh air,” and insists we watch underwater cameras when he earns five minutes of phone time. These cams show giant squid, eels, spiny lobsters, and other creatures. Austin has plastic replicas of the creatures littered all over the apartment.

Austin’s other obsession is all things spooky, something I don’t share with him but that ties in remarkably well with his devotion to nature. Most kids would find a recording of a diver coming face to face with a moray eel terrifying, but he is no less afraid of this than he is of Slimer from Ghostbusters (his personal favorite). He speaks candidly about the death of Bluefish, whose ghost he believes to inhabit the backyard. Life and death reside in him like old friends.

In this light, Austin’s particular fascination with marine animals makes sense. They are in the depths below us, and many of them lead dangerous lives. The koi fish in his backyard, though, live like scaly kings. He likes to watch them after tiring himself out on the trampoline. He observes them keenly for up to 30 minutes at a time, never bored, and he retains his observations in a mental diary. The other day, he remarked to me that the koi were closer to the surface than usual and asked me why, always playing the detective.

“Well, what do you think?” I’ve found the best thing to do when encountered with “why” is to flip it. It ignites a child’s imagination and also spares me a lot of guesswork. When I asked him to explain the koi’s movements, he “hypothesized”—a word I taught him—that it was a little after lunchtime and they were straining to uncover any last bites of food. His evidence? Fish food gliding along the surface like autumn leaves on a lake. The fish open their mouths and wait for the food to travel by current to them.

As soon as he’s answered one of his own questions, observation prompts him to ask another. There are only two black fish, while all the others are dappled white and orange like neon paint splattered on pure marble. “Why?” Now he wants to touch them, but his mommy told him not to. “Why?”

My careful evasion of Austin’s inquiries was put to the test three days ago when we built a snail habitat out of the acorns, twigs, and leaves we gathered on our daily nature walk. After construction was complete, we crept out into his backyard to search for snails to occupy this new residence. The backyard is a pulsing paradise, a little Forest of Arden. Bees and mosquitoes and cicadas produce a collective hum. No snails though: we only come upon abandoned snail shells, hollow with absence. Austin collects these in a gap in the stone wall, saving them for something he doesn’t know yet.

I find a snail that is definitely alive. It’s holding on firmly to the wall with its sticky secreted mucus; Austin urges me to remove it gently. I pull too hard and something cracks a little. When I turn the snail over in my hand its tentacles and eyes are missing. I feel something akin to shock or shame, or both. He sees only that it’s not moving.

How do I answer? Telling him the truth would soil me in his eyes forever. I say I think so, but it might just be a little shy. We should give it some space and, um, check in on it later.

I feel similarly inept when Austin spies something foreign and says: “What is that?”

“A leaf?” I suggest feebly.

He bends over it like a restless storm cloud. “It’s a bug,” he declares.

“What do you think?”

Realizing I’m not getting out of it this time, I say it might be a cicada. My thumb isn’t green, neither are my eyes. I wasn’t raised to be cognizant of the natural world—this five-year-old probably knows more of it than I do.

Whatever this insect is, Austin is scared of it. Vampires and zombies are no issue, but this nameless creature, probably dead, possibly living, makes him cover his eyes. I say we should go back inside. I butchered a snail; he found something that actually scared him. We’ve had enough of nature for one day.

On our way back upstairs we run into Anna, the unit owner, who is carrying a torn sheet of printer paper with a bee balancing on it. This bee, she says, just stung her, and now is dying. She explains to Austin why she is dying and why the bee is a “she.” The women do all the hard work tending and protecting their hives, and for this they must die. Anna hurries past us out into the yard, so her bee can pass away under the October sky.

Even after we have washed our hands and sat down on the rug amidst the plastic sea creatures, Austin, who has forgotten the dying bee entirely, can’t stop thinking about the cicada. “I keep seeing it in my mind! It won’t go away!”

All too familiar with intrusive thoughts, I promise him that the image will fade eventually. To distract him I begin to talk about my misadventures in nature when I was his age, the grubs I used to dig up and the spiders I nurtured and the humongous rock outside my elementary school, which also happens to be his school. I used to climb that rock just like he does now. These stories surprise him, I can tell. Gears are turning behind his caramel eyes. He asks me what’s next. I say lunch. He urges a dance party. Lunch, I say again. He suggests a “compromise,” another word I taught him.

“Wonder in Austin’s Backyard” began as one of four short nature essays I wrote, collectively labeled “Moments in Nature Chronicled by a Convalescing Brooklynite.” This was a semester-long project for my After Nature writing workshop at Sarah Lawrence College, taught by Kate Zambreno. My initial material came from a journal I had been keeping during quarantine. When I shared this with Kate, she observed that I was circling around specific figures—one being the boy, Austin, in this essay—and their relationships with the natural world. I combed through my entries for my notes on Austin; I was also still working with him during the writing process, which was incredibly helpful.

I knew that I wanted to center this essay around a specific image. While I was writing I observed that I kept coming back to the snail shell that was such a rich object: a place of life and destruction, home and hard truths. I also thought of Austin himself as somewhat lost in his shell, which posed challenges initially to shaping him as a character, as I was still struggling to grasp his essence myself. In earlier drafts I went so far as to label Austin a misogynist for his preconceived notions about gender that irritated me; it was only through discussing this with Kate that I recognized the harm in slapping such a label on him, and the need for more compassion towards this influenceable little boy. The frustration in an educator/student relationship can be sizable, but I do believe that compassion is the only way through that, and this is what I tried to lead with in this piece.

Mollie Gordon (she/her/hers) is a queer writer, educator, and theatre-maker. Her plays have been produced by The Bechdel Group and Sarah Lawrence College, and more of her work is slated to be published in the coming months. She will graduate next year with a B.A. from Sarah Lawrence. Read more about Mollie on her website or follow her on Instagram @molliecgordon.